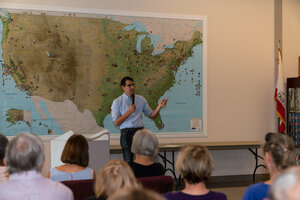 Our community has had the same politicians yelling at each other about the same problems forever and nothing ever gets fixed. Corruption and inaction have become the norm. Josh is part of a new generation who believes we need to do things differently. Josh is the author of the Ban Corporate PACs Act because his vote can’t be bought and he believes no one should be able to auction their vote to the highest bidder. He is fighting to stop pay raises and special privileges for politicians. And he is a leader on reforming campaign finance so elected officials put families, not corporations, first.

PAID FOR BY JOSH HARDER FOR CONGRESS

Chip in to our campaign!